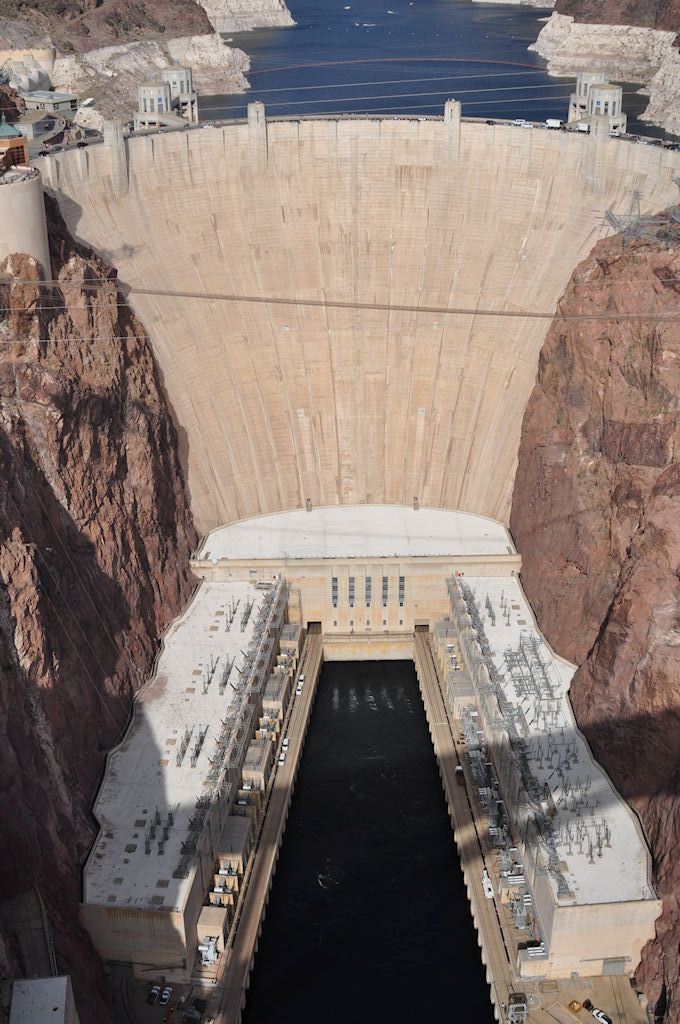 Hoover Dam is an concrete arch-gravity dam built between 1931 and 1936 on the Colorado River holding back Lake Mead along the Arizona/Nevada Border.

There had been interest in flood control and hydro-electric projects on the Colorado long before the Hoover Administration. The Black Canyon of the Colorado was seen as a prime location for a project.

Naming a dam after a presidential administration seems a bit out of sorts with the American spirit which traditionally saw the people as the source of progress and the government as an impediment.

Hoover, a mining engineer by trade, was a Progressive Republican who believed that government regulation and large public works projects could help centralize our economy and help rid the world of the inefficiencies inherent in small business. Hoover's attempt to engineer the economy created a recession instead.

Hoover tends to rank low in the estimations of US Presidents. Due to his unpopularity, many prefer to call Hoover Dam "Boulder Dam."

The dam was completed during the administration of Franklin Delano Roosevelt who accelerated the process of economic centralization and prolonged Hoover's recession into The Great Depression.

The construction of the dam was overseen by John Lucian Savage (1879 ??? 1967) who was head of the Bureau of Reclamation. The US Government provided the materials for the dam which was built by a joint venture of six large contractors called Six Company (Henry J. Kaiser Company from Oakland, California and Bechtel Corporation from San Francisco, MacDonald and Kahn of Los Angeles, Utah Construction Company of Ogden, Morrison-Knudsen of Boise, Pacific Bridge Company of Portland, Oregon and J.F. Shea of Portland, Oregon).

As construction commenced an estimate of 10,000 to 20,000 unemployed workers poured into Boulder City, Nevada. The dam project employed 5,251 people at the peak of construction in 1934.

The first step of the construction project was to build diversion tunnels on the Arizona side of the river followed by the construction of a cofferdam to protect the work site and removal of loose rock from the canyon walls by scalers.

The primary use of the dam are hydroelectic power and irrigation. The dam can produce a maximum of 2080 megawatts.

US Highway 93 originally ran along the crest of the dam connecting Mohave County, Arizona with Clark County, Nevada. Security fears mounted about having a major highway on the crest of the dam. Congress expedited the construction of a four lane bypass bridge which was completed on October 19, 2010 and named The Mike O'Callaghan???Pat Tillman Memorial Bridge. 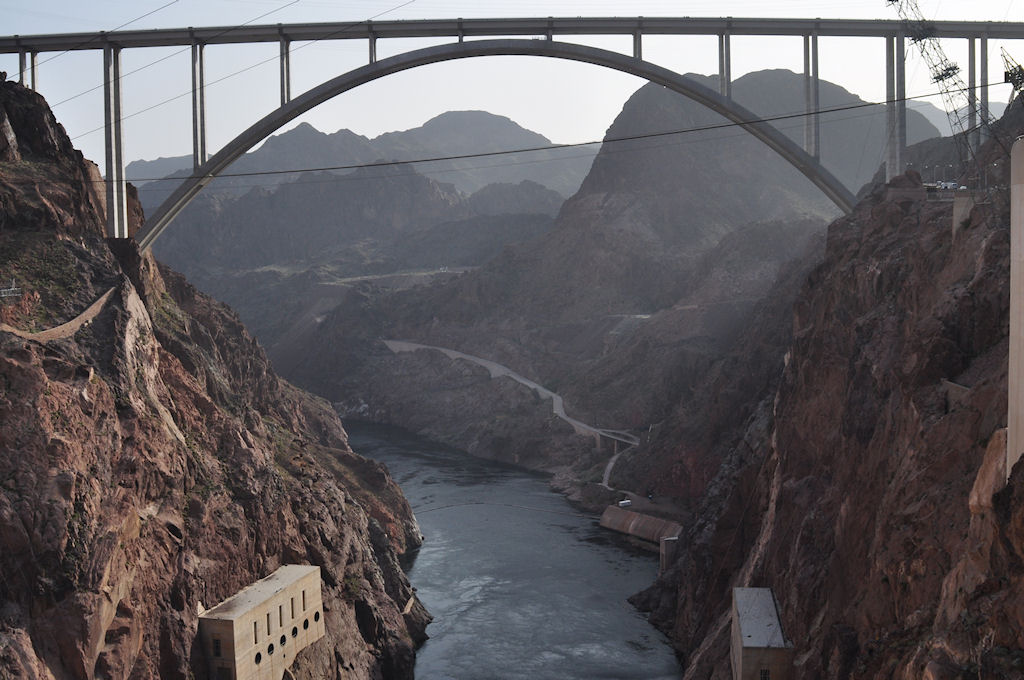